MOVING IN THE UK

We aim to take the hassle out of moving, whether it is the home or the office. It's a stressful period at the best of times, and it is something we try to minimize for our customers. We provide flexible solutions to all aspects of removals. Read More...

We handle international shipments, which means that you can be safe in the knowledge that your move is being handled by overseas removals experts. Every year we ship household effects and furniture for thousands of people from the UK to worldwide. Read More...

MAN WITH A VAN

We offer a full range of services from a single item delivery to a full house removal in the UK. We have built up a regular client base ranging from individuals to local businesses, the basis of our business is to provide friendly, professional and reliable services to all. Read More... 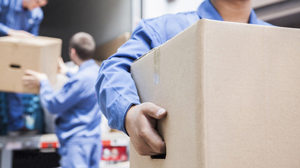 Sooner or later, everyone has to move house. Just within living memory, the very oldest amongst us may recall moving house and piling furniture in to the back of a horse-drawn cart or van. For most of us, however, moving has meant calling a modern removal firm to collect our tables and chairs, TVs and fridges and take them away in a high sided motor van especially designed for the job.

As a family business, we recognise the importance of looking after the entire family. We treat every move like we are moving one of our own family.

A brief message to thank you for the efficient and speedy way in which you dealt with this delivery and for the helpful and courteous behaviour of your team at the house. Very much appreciated.

Moving your personnel effects overseas is usually stressful, however Cos Freight acted in a very professional manner, shipped many packing creates and with no damage. I will 100% use them again.

The team were not only efficient at moving our office from one location to the next but they were a pleasure to deal with and we would happily use them again should we require their services.

Their delivery service was excellent and, having unpacked, found we didn't suffer any damage between Dubai and the Isle of Man. That speaks well of the team that did the cross loading from container to truck.

Dizzy
We are available at short notice 7 days a week. You can be assured of a professional, personal and friendly service from all our staff making sure your delivery gets from A to B safely and securely.

EXCELLENT Based on 122 reviews.

N M
Verified
I have used Cos twice now. Highly recommended. Great communication and service. Will definitely use again and recommend to my friends.

Stuart Garman
Verified
Staff were always diligent and helpful especially when moving date was uncertain and delayed. The staff used for the moving process were polite and careful with all our property and willing to 'go the extra mile' in the 12 hour day! Can thoroughly recommend the company to anyone & everyone.

Vickie Williamson
Verified
I recently used Cos Freight for a permanent relocation from London to Cumbria, and they were fabulous. Charlotte Stewart was professional, supportive, understanding, reassuring and efficient right from my initial contact to them. I requested the comprehensive packing service in addition to the removals, and this was also carried out efficiently, professionally and with care. The removals team arrived exactly on time in Cumbria and patiently waited for the previous owners to leave. This was in spite of the fact that they had set off at 6am that morning, and had to drive back to London the same day! Cos Freight are excellent value for money and provide a superb service! Thank you Charlotte and the team!

Avi Malhi
Verified
Good value and a professional team helped us in making the day less stressful. Will definitely be recommending your services to family & friends

Gabriel Barcat
Verified
First of all a big thank you to everybody at Cos Freight for the awesome experience we had with something so unpleasant and horrible as moving house. From the initial contact, the gentleman who came to see me and provided me a very professional quote and explained the process, then meeting the gentleman who did the packing and later the rest of the team was just great. During the whole process from loading the first box and off loading it a day later was without any stress and comforting to see a team operating like they did. They didn’t go the extra mile… they went an extra 100 miles. We were really stressing about this move but it was so pleasant we will do it again ☹ or not 😊. Thank you too for communicating with me during the process.

Althea Short
Verified
The guys were absolutely amazing! So friendly and easy to talk to, and they made the move run as smoothly as it could have. All were incredibly efficient and happy to help. Thanks so much to CosFreight for fantastic service!

Saira Tanna
Verified
UPDATE ON REVIEW After the issues my parents had their shipment and certain staff members from the company, Syed Ali stepped in and dealt with all the problems in a very professional and efficient manner. Although it has taken over 6 months for the container to reach my parents in Atlanta, Syed Ali has been a great support and has been providing us with regular updates. Due to his excellent customer service I have changed my review rating to 5*. We can not thank him enough. *************************************** FIRST REVIEW I have been refraining from writing a Google review in the hopes that the company responds to our grievances. Sadly, it seems that they only respond to individuals’ reviews. The company have held my parent’s container shipment for over 3 months, claiming that the ports have had issues. However, my parents were never informed of port concerns during the quotation nor at the time of booking. My parents were told that shipping would be complete in five weeks after the removals were completed, yet here we are over 3 months later. We were only informed of the issues at the ports in July, when I called the account manager for my father's shipment, Sam, which was over one month after my parent’s belongings were packed and taken away. Recently, I decided to call other sources and I am being told that the delay at the ports is less than a month, worldwide. Although Cos Freight have finally given us a shipment date, we have not received documents back with the customs clearance nor do we know if and who is delivering the shipment to my parents address and by what date! I am truly shocked that the company are taking advantage of an elderly couple, especially since the company knows they are not in the best of health. Aside from my parent’s health, my parents packed all their worldly possessions in the container. Had my parents have known about the ports, they would not have to borrow or buy numerous items now. Yet, there appears to be no empathy from the company representatives. Instead, my father was shouted at when he called Sam, hence the reason I stepped in. I could add further issues that occurred, for example, the packers being disrespectful to my father and packing items that belonged to my sister, but James has had 3 emails from me, which he did not fully respond to, and the company CEO has had the formal complaint with a list of issues which was emailed, again with no response or acknowledgement from anyone at the company. James, who oversees complaints, also responds to reviews on Google. I am hoping James, or someone from the company, will finally have the courtesy of responding to our questions and complaints, especially since James mentioned in an email to me that he would investigate the problems last month in a few days. But I never heard back from him in the time frame he gave.

Louise Whittle
Verified
At fairly short notice, I contacted Cos Freight Ltd for a quote and was very Swiftly called by Charlotte Stewart requesting further information so that they were able to give a full quote. We received the quote within the hour. Charlotte and the team were very patient while we finalized our dates and were more than happy to make changes to our quote as needed. On the day of the move the team were at our building nice and early and they had us moved into our new office within a few short hours. The guys that did the move were friendly, polite and professional. Overall we had an excellent experience and I recommend them to anyone looking.